I’m not dead! I haven’t actually written anything in forever, again. This seems to be a recurring problem. To be fair, I did participate in NaNoWriMo (and failed, naturally), and then I’m always lazy in December, and then I went on vacation to Japan yay, and now it’s February, wait, March.  The main reason I went to Japan was of course to attend Nana Mizuki’s Live Gate concert! This time, with 7 days at Budokan, of which I went to 4 of them (+the birthday live streaming at a theater). I no longer have the patience to write out a report for every concert I go to, but I’ll say it was once again one of the best times of my life. The best part was probably finally getting to hear Brave Phoenix live after all these years of waiting and always missing the ones where she did perform it. Then there were all the special guests and duets that I would probably regret not hearing if I didn’t go to all of those concerts. I’m already sad I missed the duets at the concerts I didn’t attend. 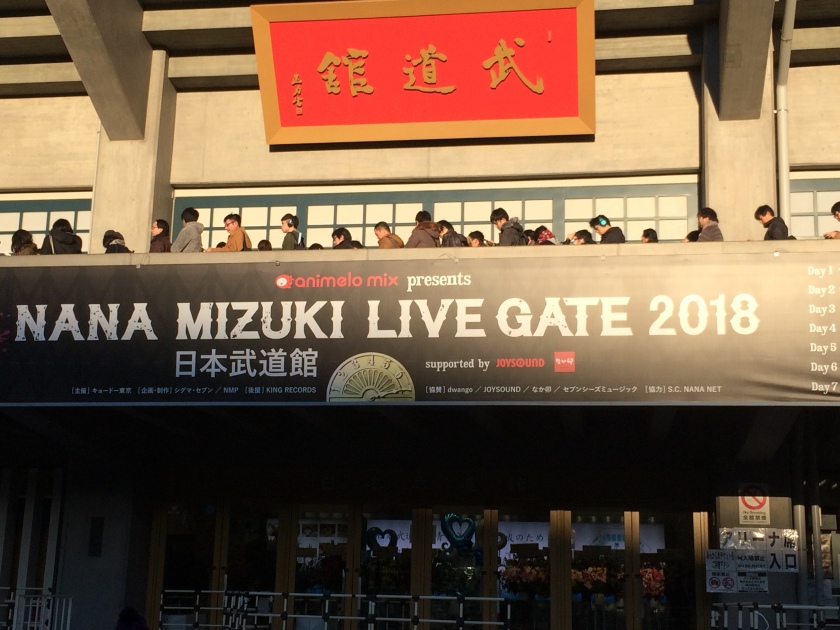 As I told people about my trip and 4 (5) concerts I went to, everyone always asked if the concerts were the same. Because going to the same concert isn’t worth it, right? Then I have to explain how Nana changes a few of the songs, but there’s a core setlist. I get different kinds of reactions to that. Even if it was their favorite artist, people wouldn’t go to the exact same concert multiple times in such a short period of time. Who does that? I kind of felt like people weren’t really as big fans of whomever they said they were. Then again, I’m a crazy person who flies to the other side of the world to see Nana. I’m definitely the anomaly here; I’m fully aware of that much.

But eventually I finally realized a major difference in perception. Probably, when most people think of going to concerts or listening to singers, they think of enjoying the music. You go to the concert to enjoy music you like and the experience of hearing it live. Going multiple times, especially if you have to pay money each time, isn’t exactly as appealing as the first time. You might want to hear different songs, but the same set list would certainly be less alluring. But I realized I don’t go to Nana Mizuki concerts for the music. It’s definitely a high priority, but in reality, when I think of Nana concerts, I think of spending time with Nana. Being in the same place as her, listening to her talk, and interacting with her through all the wotagei, all of this is what makes her concerts so fun for me. Spending time with Nana and building a stronger connection with her as a fan is what I really care about. Especially with her MCs, where she always has something different to say, and being able to hear her thoughts on the concert or just her daily happenings is really important to me. In the end, as a fan, I just want to spend as much time with Nana as possible and the music is second to that. There is just a completely different interpretation and understanding of why someone would go to a concert. Indeed, for other artists, I would go to listen to a select few songs I want to hear live and after that, I wouldn’t want to go again so soon. But for Nana my motivation, expectations, and hopes are different. 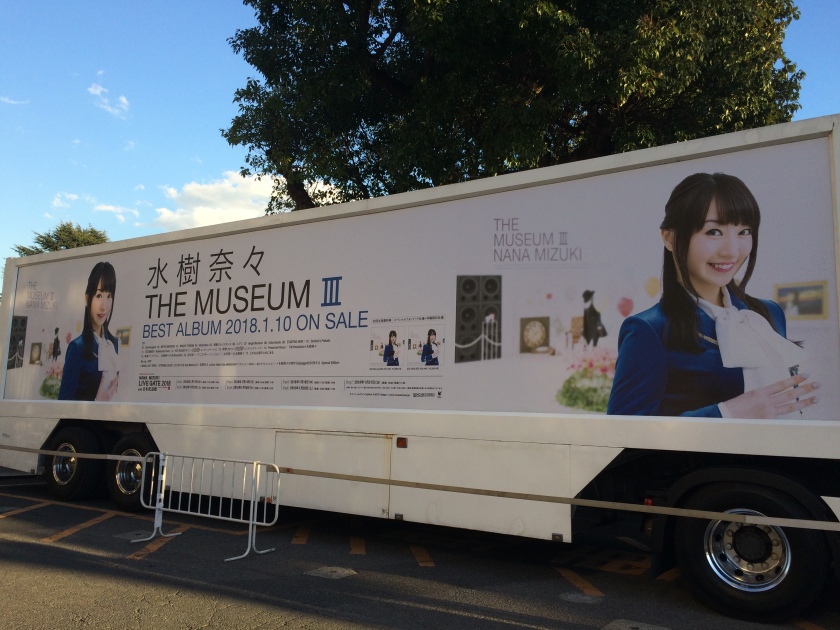 And that difference in perspective is similar to the difference in understanding what Christianity is about. Christianity is supposed to be about a relationship with God through Jesus. It is about mutual love and wanting to love others because of a love for God. Unfortunately, a lot of people don’t view it this way. They view it as being forced to live a lifestyle without fun or being under the rule of a man in the sky, among plenty of other twisted misunderstandings. Even Christians often misunderstand it as a religion where you must follow a set of laws or a relationship based on fear of being sent to hell. But that’s not what it’s supposed to be about, and that’s not what many Christians think of when they think of their relationship with God.

It all comes down to understanding this difference in perspective, and in another way, a difference in definitions based on that perspective. Lately, I have found myself plagued more and more by people simply using and defining words or ideas in completely different ways than I understand them. It makes communication nearly impossible, and it is arguably a dangerous thing to think we are speaking the same language, when in reality, we really aren’t. When I talk about a Nana concert, there is a disconnect between what I think of and what others think of. Of course, that’s natural because I’m a crazy Nana fan and others aren’t, and that influences how I think of a concert. In the same way, people have vastly different experiences and understandings about religion, Christianity, and God. Christians may truly have a beautiful and desirable relationship with God, but we’re still the crazy ones. In fact, even trying to explain Christianity as a mutual relationship can fail because people do not all view relationships the same way. Some people have very negative experiences with relationships or some people view them as mutually taking advantage of each other. I have found even explaining Christianity as love can backfire as people view love as a fleeting, fickle emotion no better than infatuation. I have argued before that Biblical love is far greater and amazing than how we as a society view it today, and that surely has an effect on trying to explain God’s love to others, as oftentimes arguments arise from a difference in what it means to be loved by God. 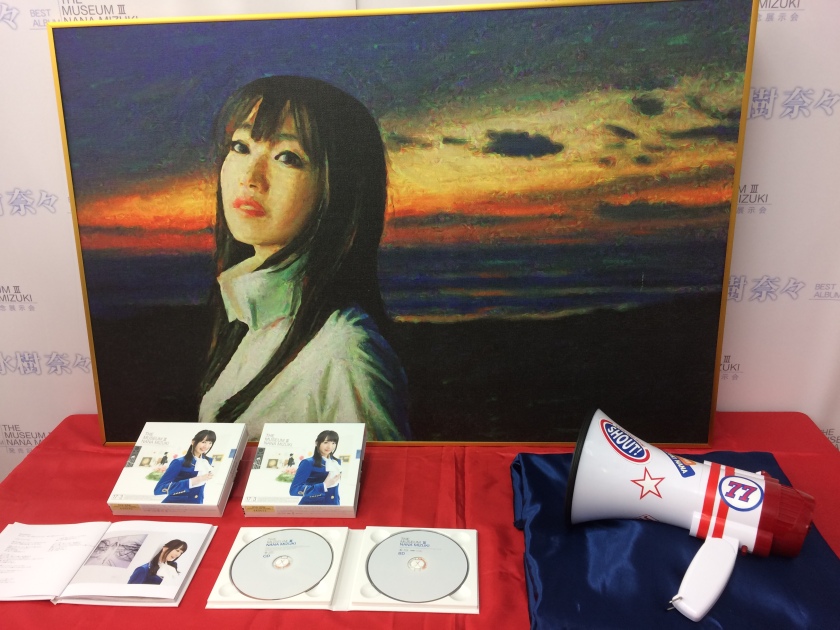 So what is the solution to this problem in perspective? Well, I don’t have one per se. There are probably a hundred different methods you could try and get a hundred different results with a hundred different people. However, the one commonality to any solution is to first understand the depth of this problem. This is something that does not only help in explaining your perspective on Christianity to others, but it helps in having empathy for others as a whole. The fact that a person’s experiences can so largely affect how a person views not just life but also ideas and the very definition of words is something that is lost on pretty much anyone who doesn’t think about the limitations of language. When we consider that Christianity is such an abstract and spiritual topic, it’s no wonder that it is understood so differently by many kinds of people all around the world. Before we even consider if it’s true, there is the problem of establishing a consistent and mutual understanding of what it even is.

Kaze is a graduate from the University of Tokyo who currently works on developing gene therapies for genetic diseases. He is a Nanatard since 2009 and mostly spends his time reading VNs and studying Japanese. Strangely enough, also a devout Christian. View all posts by Kaze

7 thoughts on “Nana Concerts and What That Even Means”