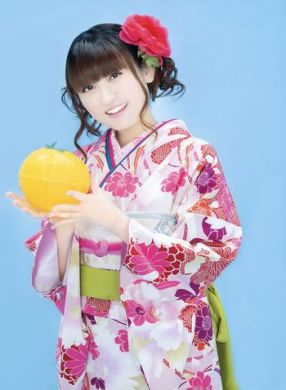 Tamura Yukari aka Yukarin is one of the most popular seiyuu of our time and for good reason. In terms of sheer voice acting talent, she is one of the best, able to do everything from a cute innocent schoolgirl to a haughty femme fatale. Be it her acting, her singing, or her forever 17 looks, she is loved by anyone who knows anything about anime voice acting. Yet, I would wager a guess that these celebrity features fail to properly convey the real reason why some of her biggest fans love her.  When it comes down to it, Yukarin is human just like the rest of us, but she shows it far more than your usual celebrity. I wonder if part of it is that she entered the industry and fame at just the right time. She isn’t a far back veteran from the 80s/90s when seiyuu never really got the spotlight as pop culture media. Yet, she’s also old enough that she hasn’t been a victim of this recent trend of idolizing seiyuu and selling them based on looks, personality, etc. rather than talent. This generation of seiyuu is very interesting to follow, both during the early 2000s and in the context of the uprising newer generation; however, for me, Yukarin takes the spotlight when it comes to the hardest things in life.

Following celebrities, there is always some kind of wall between their stage personality and lifestyle versus their real personality and lifestyle. Especially in Japan, where the paparazzi exists at a much lower tier of obsession (even more so when it comes to the anime world, where there’s hardly any money to made gossiping about seiyuu. Unless you’re seiyuu A *coughMinorincough*), it is not uncommon for fans to be in the dark about their favorite actors’ lives. Take for example marriages and childbirth which are usually announced after they happen or shortly before, respectively, and come as a big surprise to everyone. Conversely, with the whole culture of radio shows and social media in Japan, we actually get an interesting and informative peek into their lives. It’s a strange balance, but I do think the anime culture that’s been fostered has helped fans be fans of people rather than actors.

As such, when it comes to seiyuu like Tamura Yukari, it’s really hard for me to say my favorite thing about her is her talent or voice. Instead, what I’m drawn most to is her real personality and how human and relatable she can be. Unlike most of her fellow seiyuu, Yukarin tends to be a lot more pessimistic about things. It’s pretty common for her to berate herself and comment on how she isn’t doing a good enough job. Moreover, on both her blog and twitter, she often says a lot of things that make it clear that she suffers from depression, even if she has never outright stated it. This, above all else, is fascinating, heart-breaking, and alluring simultaneously.

It is counterintuitive to the cultural expectations of society, especially Japanese society, that someone with depression could be so loved and admired. In fact, it seems counterintuitive that someone so loved and admired could even have depression. Yet, I think the phenomenon of Yukarin reveals a crucial truth about depression as a mental illness. In Yukarin is the embodiment of the fact that depression is not logical. As someone who suffers from depression myself, I know it tries to be logical when it can. A lot of the times, the lies I tell myself make a lot of sense, so naturally, I should be depressed. But other times, it makes absolutely no sense. Sometimes I will just be depressed and I can’t even figure out an excuse, true or false, as to why I feel the way I do. I just do. Yukarin is someone who is loved by thousands, maybe even hundreds of thousands if we go by her 600k+ twitter followers, yet she’ll still talk of feeling sad, lonely, and worthless. Even someone as cute, cheerful, lovely, and popular as her can sometimes have these negative feelings and suffer from an illness that goes beyond all reason.

And that, I think, is exactly what makes her so appealing. Because if someone like Yukarin can feel that way, then it’s perfectly reasonable for a regular person to feel similar, negative things. This is not to say that being depressed and thinking negative thoughts is a good thing; however, it is reassuring for people to remember it is also a legitimate part of life. Particularly in the Japanese culture which has a difficult time even admitting mental illness is a real problem but rather blames such feelings on weakness, I suspect being able to relate to a celebrity who gets depressed and lonely is something that is very meaningful to many Japanese fans. Even for me, listening to Yukarin’s complaints and thinking about them in the context of how popular and “successful” her life is can be a much needed support. It really helps me to know that I’m not alone in feeling the way I do. It’s not a justification that depression is A-okay (though surely some might end up that way), but it certainly alleviates the idea that there is something wrong with me for feeling the way I do. Rather than becoming more depressed for being depressed, I can take a little bit of solace by remembering that even someone like Yukarin sometimes feels the same. Surely, many other fans feel similarly; our love for Yukarin is bolstered not by her successes in life but by her failures.

Christians often cite depression and suicide as a major problem with Japan and a critical reason why the country is so in need of God. But I think Christians are often so concerned with fixing the problem that they don’t see some of the solutions that the culture has unintentionally discovered. As the responses to Yukarin’s own solitary actions show, there’s something about one’s own shortcomings that resonates with a lot of people. And while Christians try to do this too, they seem to forget about the powerful factor anonymity provides people, especially the Japanese who are so culturally fearful of drawing attention to themselves, or the importance of forming a meaningful connection. In some ways, Yukarin has done more for Japan than the average Christian missionary; in some ways, she has done more for me than the average fellow Christian. She is amazing precisely because she is not amazing, and that is a quality I think a lot of Christians can learn and grow from, not just individually but also in interacting with the people of Japan.

Kaze is a graduate from the University of Tokyo who currently works on developing gene therapies for genetic diseases. He is a Nanatard since 2009 and mostly spends his time reading VNs and studying Japanese. Strangely enough, also a devout Christian. View all posts by Kaze

2 thoughts on “Tamura Yukari and Life with Depression”